We are pushing the boundaries of basic and applied research

Our researchers focus on both basic and applied research and contribute to the development of society at national and global levels. The Institute of Physics actively supports scientists at all stages of their careers and builds international scientific teams.

Targeted drug delivery is a topic of interest to scientists around the world. A new contribution to this area has now been made by researchers from the Laboratory of Biophysics led by Oleg Lunov from the Division of Optics. The group was exploring biological properties and the efficiency of cellular delivery using DNA nanostructures (DN).

Parisi’s revolutionary solution has taken thirty years to be recognized. Now he has been awarded the Nobel Prize

The Nobel Committee has decided to award this year's Nobel Prize for pioneering contributions to the general understanding of complex systems. Half of the prize went to prof. Giorgi Parisi of La Sapienza University in Rome for his discovery of the interaction of disorder and fluctuations in physical systems from atomic to planetary scales.

On September 28, the Neuron Endowment Fund awarded two leading scientists of the Institute of Physics. In the Pantheon of the National Museum, Václav Petříček received the highest prize awarded, Neuron Prize for Contribution to World Science, and Prokop Hapala was ranked by the Neuron Board among seven promising young scientists awarded. 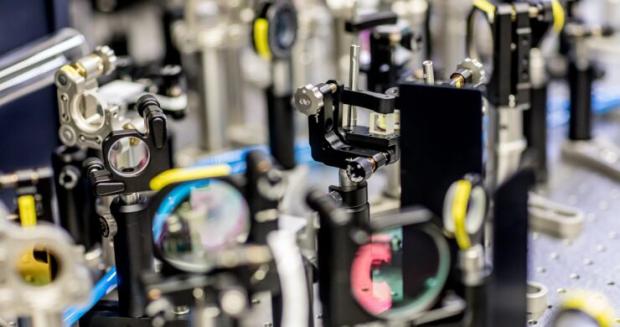