Why the cloud chamber?

Every second, billions of particles from outer space pass through our body. The sources of the so-called cosmic rays are different astronomical objects such as the Sun or exotic black holes in distant galaxies. The collision of cosmic rays with the molecules of Earth's atmosphere creates secondary cosmic rays that can be observed on Earth.

A lot of particles are also released into our environment as a result of natural radioactive decay in rocks and the walls of buildings. You can’t see any particles around you? With us, you can!

A cloud chamber that will show you trails of particles is available at public events such as the Science Fair, Science Festival or Science Night. Otherwise, the cloud chamber is located and available for visitors in the foyer of the main building of the Institute of Physics (Pod Vodárenskou věží 1, Prague 8). Is it too far from where you live?  We are planning a live stream of events in the cloud chamber via a webcam. 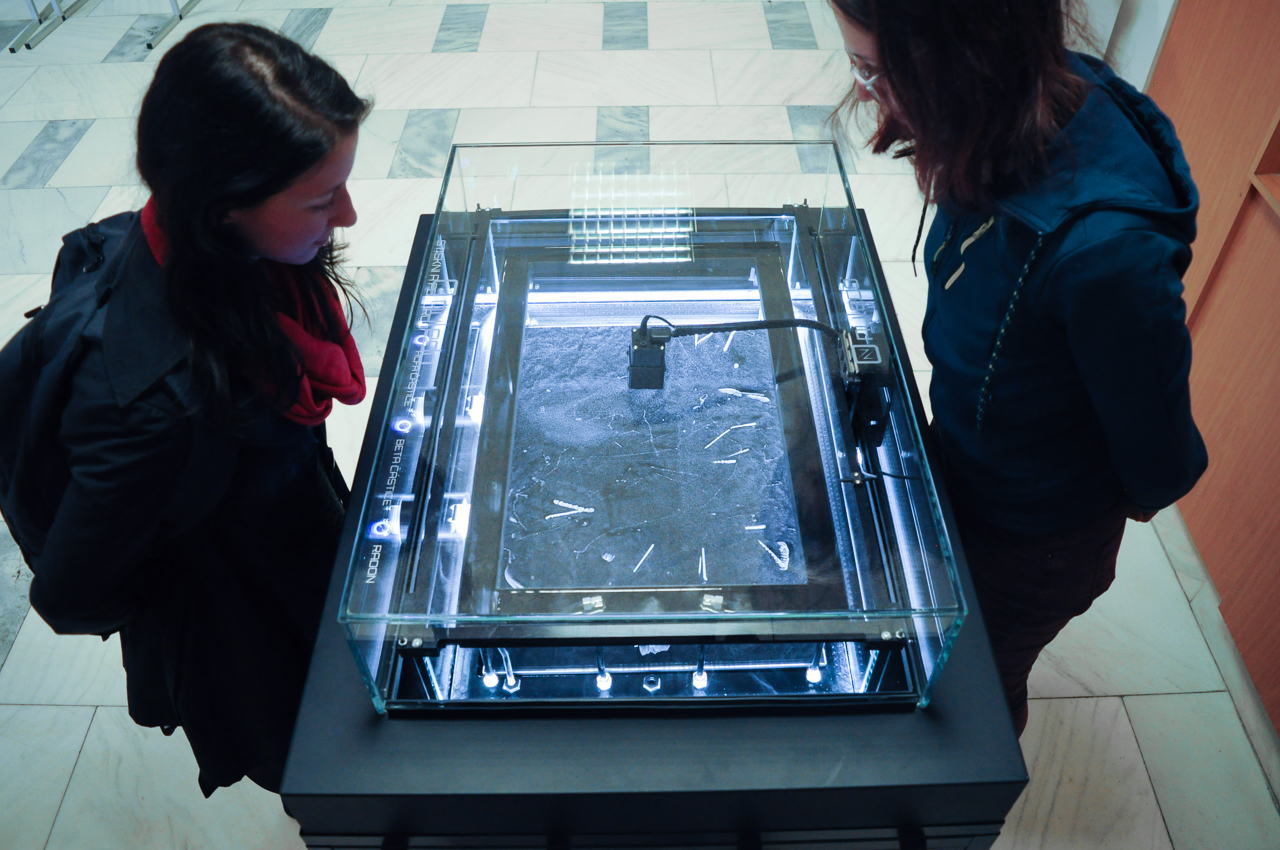 The cloud chamber at the FZU.

The cloud chamber is one of the oldest particle detectors used for the observation of ionizing radiation. It was created by the Scottish physicist Charles Thomson Rees Wilson (1869-1959), who built the first fully operational cloud chamber as early as in 1911. In the early 20th century, the device was used to discover subatomic particles. Our chamber, manufactured by a Czech company Nuledo, is much more advanced. It consists of a sealed environment containing supersaturated vapours of water or alcohol (we use propyl alcohol). When a charged particle passes through the chamber, it results in the ionization of the mixture. The resulting ions act as condensation centres, forming a mist-like trail of droplets - a cloud - around them.

A schematic representation of the cloud chamber. To enlarge the view, please click on the image.

If you wish to come in a bigger group, please contact us at (pr [at] fzu [dot] cz, or 266 05 2124), so we can schedule an expert guide. Individual visits are also possible and are welcome. 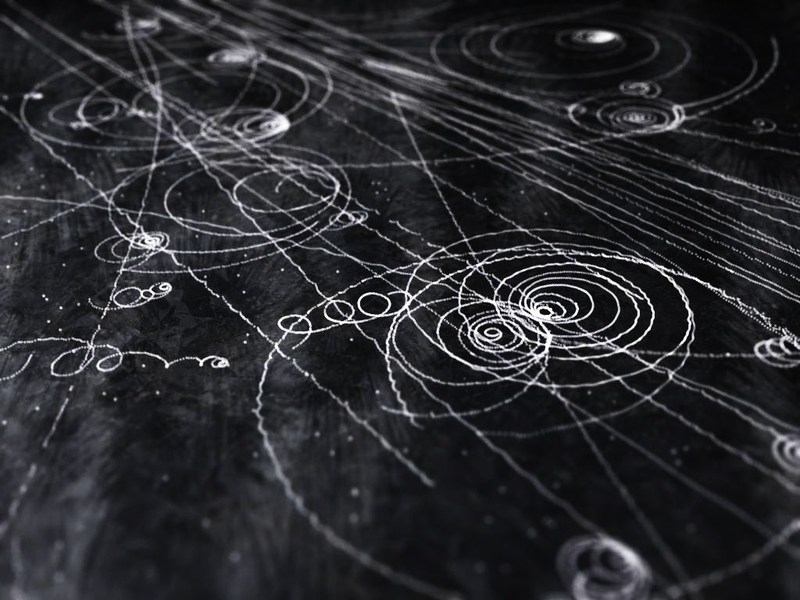 What we can see in a cloud chamber 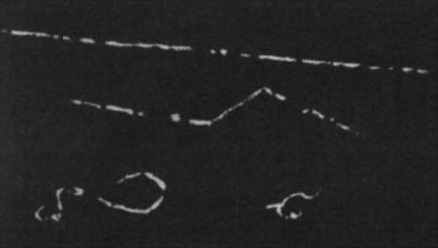 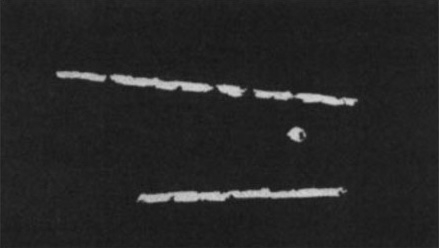 Protons leave trails that frequently transect the entire plane of the cloud chamber. They belong to particles which form the atomic nucleus.  This type of protons originates in cosmic rays. The length of their trail depends mainly on the angle at which the proton enters the cloud chamber. 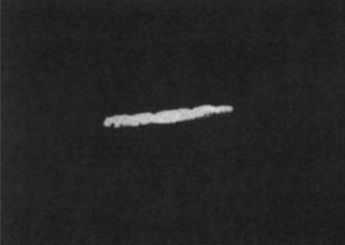 Alpha particle consists of two protons and two neutrons. The alpha particle is, in fact, identical to a helium nucleus. In the cloud chamber they leave short, broad trails. A flow of alpha particles produced in decays of radioactive nuclei is called a radioactive alpha radiation. It is the least penetrating radiation; it can be stopped by, for example, a sheet of paper. 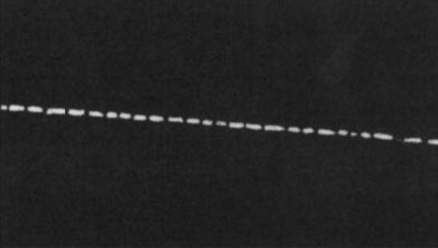 Muons are short-lived particles (mean lifetime ~10-6  s) made in showers of cosmic ray particles high in Earth's atmosphere. Despite their shortening, muons can be observed in the cloud chamber due to time dilation and low energy losses on their way through the atmosphere. Muons leave a long trail which is similar to that of the electron but it is always very straight (due to the high momentum of the particle). 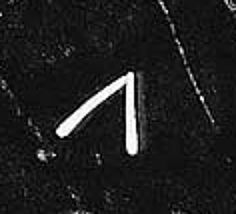 V-shaped trails belong to two alpha particles emitted shortly after one another. They can be seen in the cloud chamber during the demonstrations of the Thorium decay chain following the injection of 220Rn.

In the cloud chamber, we can observe cosmic radiation as several cloud trails oriented in the same direction at the same time due to showers of cosmic rays. Cosmic ray particles originate, for example, in the Sun but also in interstellar or intergalactic space. 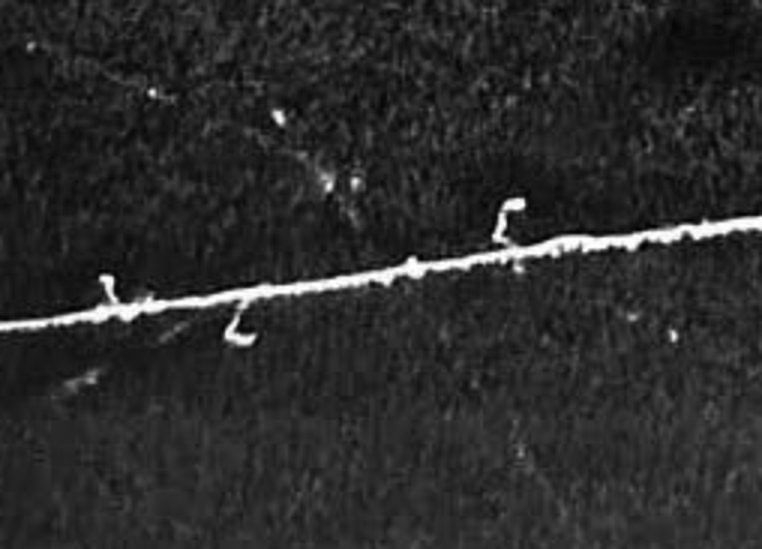 Delta radiation can be seen in the cloud chamber when a heavy charged particle is passing through it. These electrons are torn away from isopropyl alcohol molecules by a passing-by particle with a Coulomb force.

Our cloud chamber is equipped with artificial radiators which makes it possible, at the push of a button, to observe alpha and beta minus radiation and V-shaped trails of two alpha particles produced following the decay of radon. 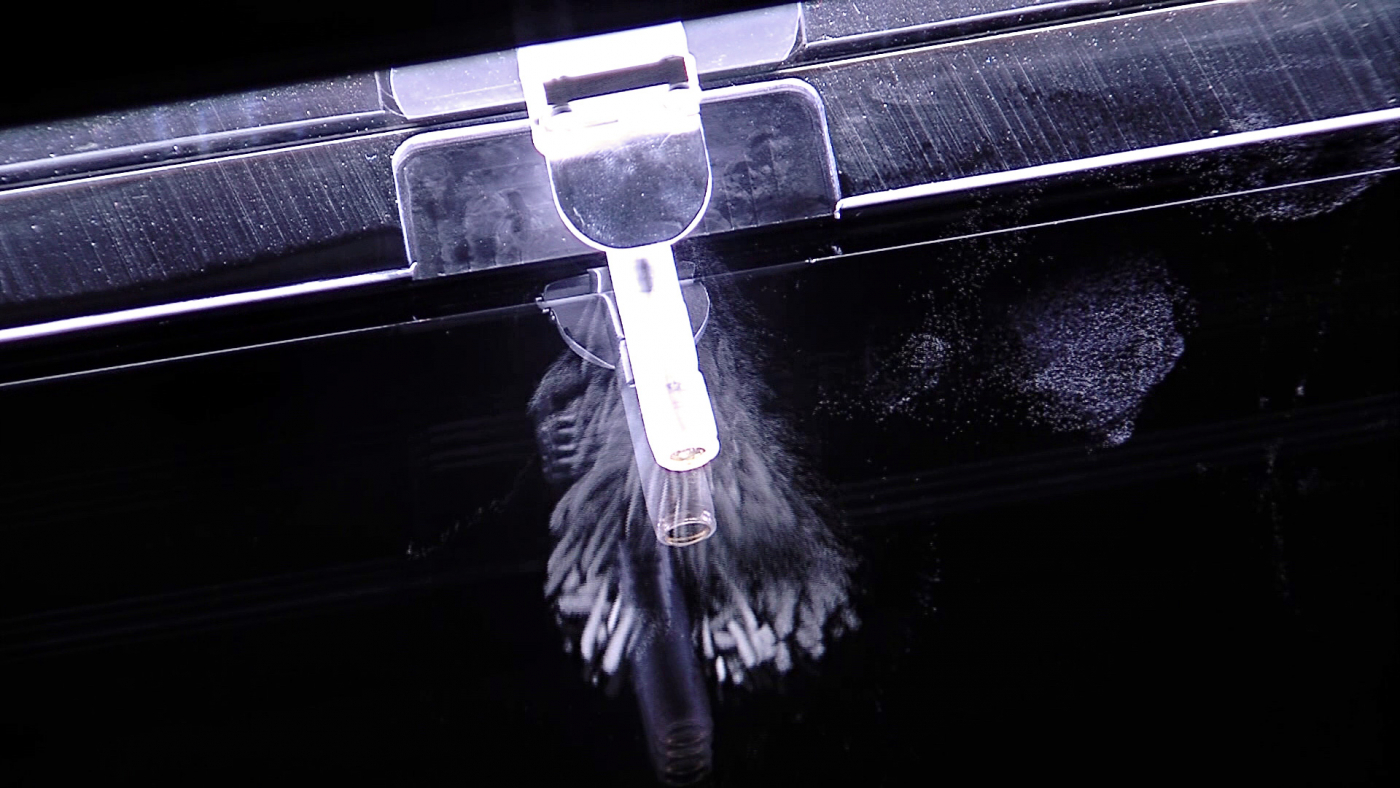 ALPHA radiation can be observed in the cloud chamber due to the radioactive 241Am source (with a half-life of ~430 years). You can observe the trails of irradiated alpha particles after the radioactive source is inserted into the observation field. 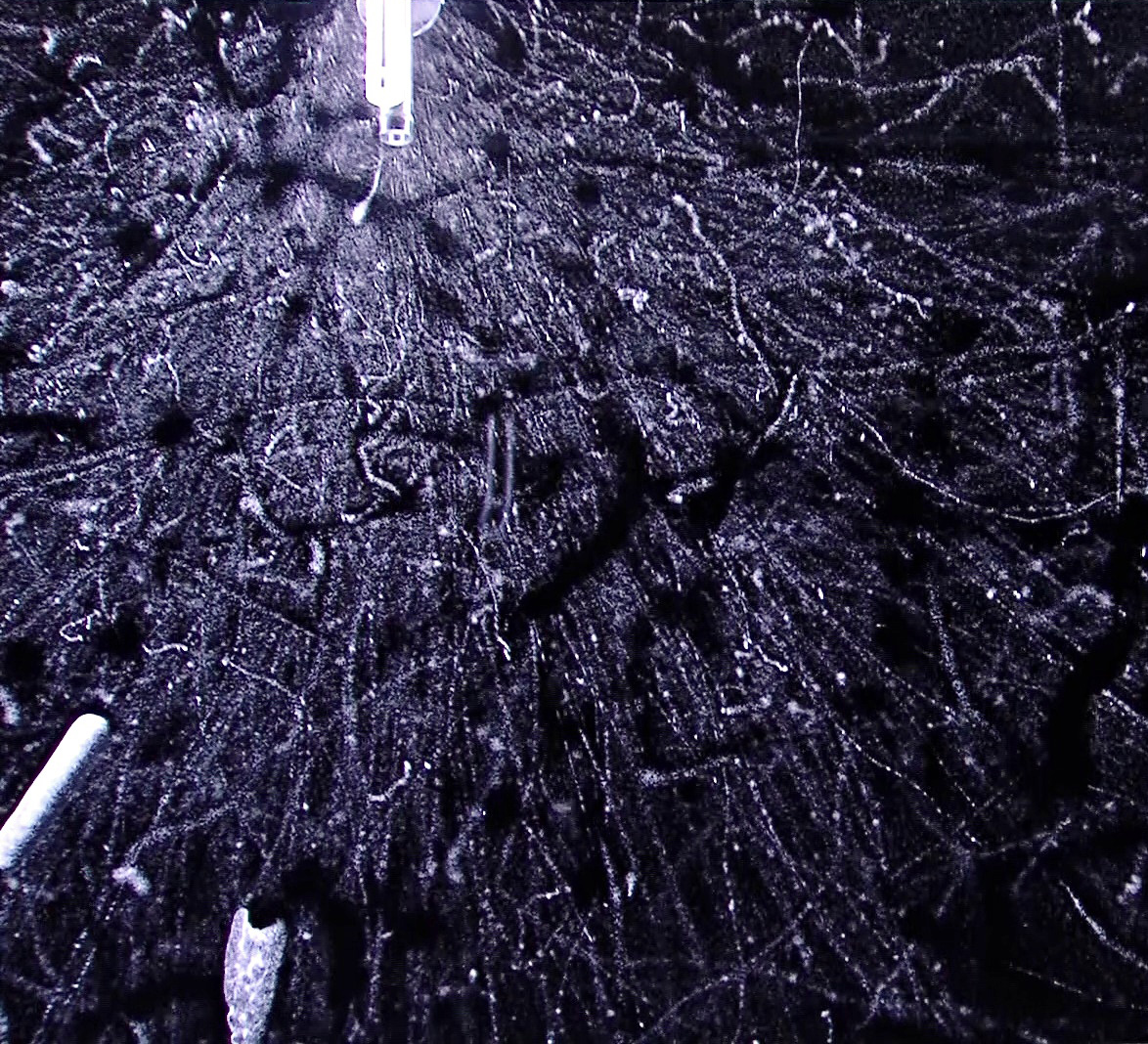 BETA minus radiation can be observed in a cloud chamber after the insertion of the radioactive 90Sr source (with a half-life of ~29 years). You will see a radial omnidirectional pattern of irradiated electrons.

The Thorium decay chain is one of the four basic decay chains. It is a pre-defined sequence of particles that precisely determines which next element will be formed after the decay of a previous unstable element and which particles will be irradiated during the process (for example alpha particle or the electron/positron). In a cloud chamber, we can observe a section of the Thorium decay chain where - after injecting 220Rn into the observation area - we can observe the trails of two alpha particles produced after the decay of 220Rn (with a half-life of ~1 min) forming 216Po and its subsequent rapid decay (with a half-life of ~ 0,1 s) forming 212Pb.