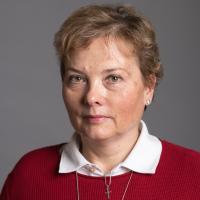 American patent opens the door to the largest nuclear market

A patented method of protecting the surface of fuel cells from corrosion, which will extend the life of fuel cells under both emergency and standard conditions, could be used in all 94 nuclear reactors in the United States. Innovative solutions were patented in the Czech Republic by Irena Kratochvílová, František Fendrych, Andrew Taylor (for the Institute of Physics) and Radek Škoda, Jan Škarohlíd (then for the Faculty of Mechanical Engineering of the Czech Technical University) already in 2015.

It is almost a decade since the Fukushima nuclear disaster sent shockwaves around the world, and triggered a mass shift aware from nuclear power due to safety concerns. Since then Japanese scientists have been working with scientists in the US and Europe to find ways of preventing any future recurrence. A European team at the Czech Academy of Scientists believe they now have a solution that has received EU-wide patent protection.

The patented solution of scientists from the Institute of Physics and Czech Technical University prolongs the lifetime of nuclear fuel rods under nuclear reactor accident and working conditions by coating the surface of fuel rods by a thin polycrystalline diamond layer.

The prestigious prizes of the Technology Agency of the Czech Republic for the best projects accomplished in applied research in 2015 were awarded at the official ceremony in the new building of the National Museum in Prague on October 22nd, 2015. Among four award-winning projects, there were two projects that included teams from the Institute of Physics of the Czech Academy of Sciences (CAS).

An awarded project cope with vaccination for Lyme disease. Currently, the disease can be treated only by rapid application of antibiotics in the early stages. However, a great number of patients is not cured in time and many have life-long health consequences. The uniqueness of the vaccine is given by the fact that it operates on a wide variety of Borrelia, which are the main agents of the disease.